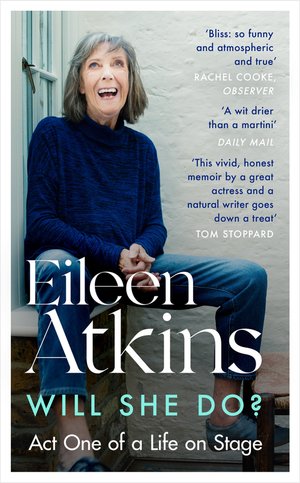 Guildford Book Festival – In Conversation with Eileen Atkins: Will She Do? Act One of a Life on Stage

Prepare for an entertaining afternoon of stories from stage and screen as we welcome one of our best-loved, and most respected, actors.

Raised on a council estate in North London, Dame Eileen’s candid and witty memoir takes us from the early days performing in working-men’s clubs, aged 6, through the war years spent in London, to her breakthrough on Broadway at the age of 32, with The Killing of Sister George.

A co-creator of Upstairs, Downstairs and The House of Eliot, she has starred in numerous productions on stage from Shakespeare to Shaw, Pinter to Ibsen, and on film and TV including Gosford Park, Cold Mountain, The Hours, Vanity Fair, Cranford, The Crown and Doc Martin.

Eileen Atkins was created a Dame Commander of the Order of the British Empire (DBE) in 2001.