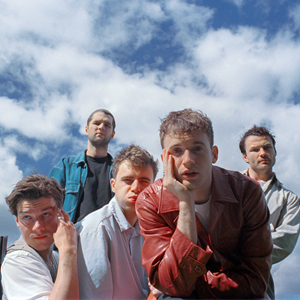 Junodream, Lime Garden and The Motive

Rising London alt-rockers Junodream have emerged as ones to watch with a host of support for the band from numerous new music champions including Phil Taggart at Radio 1, BBC Introducing, Radio X, The Sunday Times, The Line of Best Fit, Clash and Wonderland. Meanwhile, playlist support from the likes of Spotify’s Hot New Bands and Deezer’s New Alternative have helped push their streams in excess of 3 million. 2019 has been the bands busiest year yet selling out both their London headline shows and playing in Leeds, Liverpool, Manchester, Birmingham, Guildford plus festivals Neverworld and Wild Paths.

“Sounding not unlike early Blur with touches of shoegaze, their impeccable songwriting has caused a storm of underground hype” – Clash

“Echoes of mid-1970s Pink Floyd and A Rush of Blood to the Head-era Coldplay on this gauzy, dreamy new track from the hugely promising London-based five-piece” – Sunday Times Culture

“I predict good things. They’ve made an EP that no-ones heard yet but it’s another step up…. Late Blur, bit of shoegazing. It’s in the lineage of great British music. Love it” – Radio X

The Motive
Drawing influences from across the musical spectrum, ranging from Oasis to Frank Ocean, The Motive craft tightly written songs from a studio in South West London. Having released five singles in 2018, their eclectic sound is quickly gaining momentum among local fans and worldwide. ? Alongside their recorded output, the band put on electric, anticipated live shows, frequently selling out Richmond’s “The Basement Door” club in a number of headline gigs. Other significant gigs include The Half Moon Putney and Camden Assembly. ? The Motive are synonymous with always working on new ideas, constantly writing and recording. The band are very excited to release new music and 2020 is set to be ground-breaking.