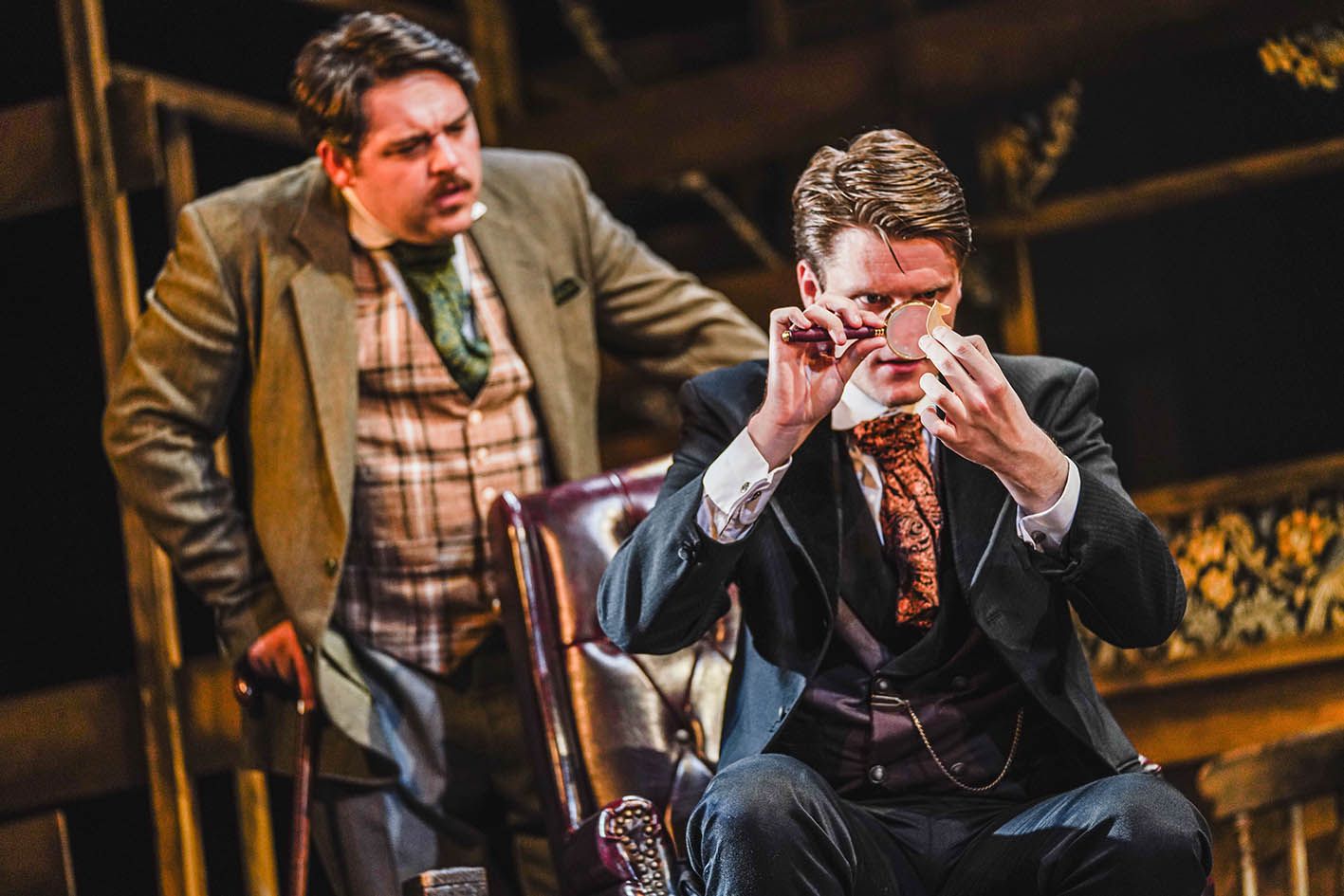 Sherlock Holmes: The Valley of Fear

Crammed full of adventure, mystery and of course one or two rather brilliant deductions, The Valley Of Fear is Sir Arthur Conan Doyle’s brilliant final Sherlock Holmes novel brought to life in this spectacular new stage adaptation.

A mysterious, coded message is received, a warning of imminent danger, drawing Sherlock Holmes and the faithful Dr Watson into a tale of intrigue and murder stretching from 221B Baker Street to an ancient moated manor house to the bleak Pennsylvanian Vermissa Valley. Faced with a trail of bewildering clues, Holmes begins to unearth a darker, wider web of corruption, a secret society and the sinister work of one Professor Moriarty.

“One of the most innovative, audacious companies working in contemporary English Theatre” The Stage