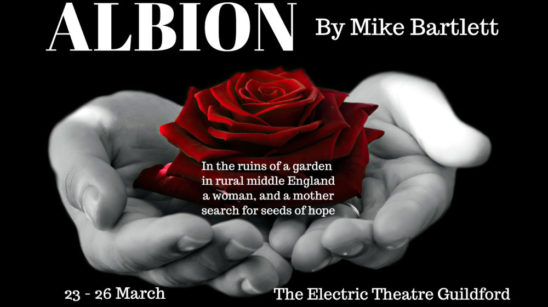 Albion by Guildburys Theatre Company at The Electric Theatre

A stunning contemporary play written by acclaimed writer Mike Bartlett (Dr Foster, A Woman Scorned, King Charles III) this state of the nation drama premiered at The Almeida in 2017 and captures that moment in time after the referendum when the country was collectively holding its breath.

Bartlett’s poetic drama of grief and obsession explores the fragility of human relationships as Audrey, the play’s indomitable matriarch, plants a garden that becomes a potent symbol of love – for her son, who has died fighting for his country, but also for England, the land of her birth.